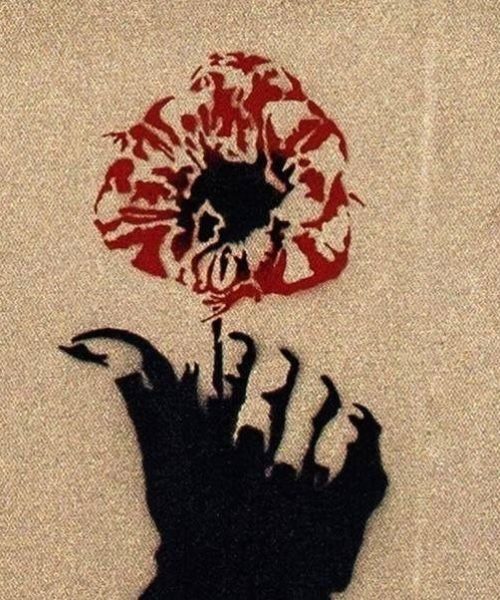 Poppy is a street art artist, whose pseudonym “the poppy flower” is gradually becoming a part of wider public awareness. She is inspired particularly by the pop-art work of Andy Warhol and her street art works can be defined above all as a glorification of iconic portraits of celebrities and according to her own words they are: “quickly identifiable and clearly visually memorable”. In addition of celebrity themed work, she also creates works with themes conceptually reflecting the evolutional character of the earth and with paraphrases on the symbiosis of global technology brands and architecture.

Her works have been affected in the past by art brut, outsider art with a tendency of expressive expression. After few years of travelling around different cities of the world she finally focused her attention to the creation of works, that significance is the product of cultural industry with bourgeois-elitist platform. As she claims: “The contemporary world seems to be as a politically, economically and culturally manipulated space, where a suggestively accepted general view that we are free and able to decide is the added value. However, by iconization of “icons” I point out the confrontation of this view and the celebrity theme I divide into two groups – of those whose individual charisma has influenced the society in some way and those, who was misused by hidden elitist group for individual materialization as a culture product.” 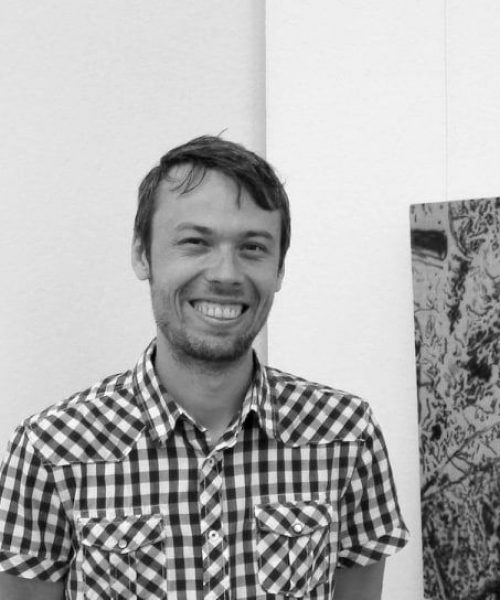 Martin Kudla is a graduate of Faculty of Arts of the Technical University of Košice. He studied under the guidance of academic painter, associate professor Adam Szentpéteri. During his studies he was already moving towards neofigurative art, or the new figuration of Francis Bacon or Luciano Freud. A shift to more conceptual features of his work in connection with the painting form is visible in his painted self performances called “Self narration” from 2009. He works there in the form of industrial cuts and the authors brush strokes tuning his works into a gloomy and pathetic garb and to certain extent even into expressive expression. The central theme of his works is the figure of the author, through which Kudla conceptually solves the problem of searching of the identity of the artist and across the typical inconspicuous grids also his social status. This theme is connected by a dominant sujet with flirting content of coping with the power practices and efforts to preserve the identity and individuality of the author by painting of a self-portrait stylized in area to the visual grids of the bureaucratizing world, where as if he is defining his own space by authors´ stroke. In the case of Kudla these are deep psychological inside probes as a result of his life events, which allows to visually get into the concept of his art, in a good sense of the word.

In 2013 Kudla ironically, humorously and at the same time with full seriousness painted a series of silent rulers, world leaders and formal authorities, and he got them under his magnifying glass. “The silent observer becomes observed”. The tension and thought probe to psychology of the subject is underlined by the world history and the context of the present. The crisis of the spirit is reappearing and is even more acute than before. 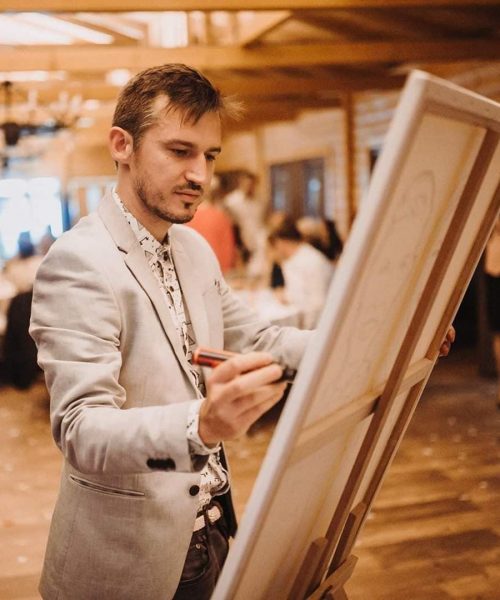 Repický became publicly known also through cooperation with Marián Čekovský. “To work with Čeky is a great honour and fun for me at the same time. I attended 24 performances all over the Slovakia with the Čeky Point format and I learned that the show-business is hard work.” Every project, exhibition or satisfied client he considers as a success. Of the latest projects he was most impressed from the representation of Slovakia at the creative expo in Taipei.